I just spent another long weekend at Acadia National Park.  This weekend I joined the Nature Photographers of North America regional event.  This was not a workshop, but unorganized event where professional photographers knew the area would take us to locations in order to help us get the best photographs.  The event ran from Friday through midday on Sunday, with four morning and afternoon events, so the groups would not be too large.  We would all gather at the hotel around 5 AM for coffee and muffins and then start out for the locations so we can arrive there before dawn. 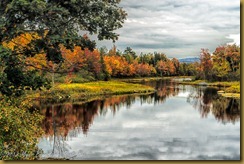 My first trip was to the top of Cadillac Mountain, we started out in heavy fog, hoping when we arrived, the fog would lift and the sun would appear.  However, that was not the case, and no sun rise photograph could be obtained.  We photographed the granite rocks covered in lichens and the asters and other plants that were present.  On the way off the mountain, there was a small waterfall flowing by the side of the road.  Waterfalls only occur after a rain, because of the granite that makes up Mount Desert Island. 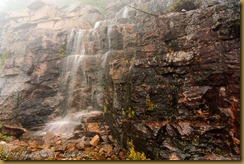 Cadillac Mountain, at 1530 feet, is the highest point on the Eastern seaboard, north of Rio de Janeiro and where  most visitors to Acadia National Park visit either to see sunrise or sunset.
After leaving Cadillac Mountain, we traveled down Duck Brook Road to photograph the beautiful carriage bridge over the brook, the foliage and the rushing water in the brook.  So finished the morning. 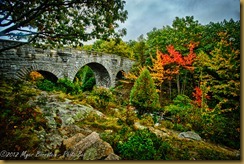 After a brunch, everybody gathered for a question-and-answer session and a critique session of photographs that people submitted.
My afternoon’s trip was to Bass Harbor Head Light to try to capture the sunset.  Arriving there, we settled ourselves below the lighthouse on the rocks to await sunset.  The clouds was still thick, although there were breaks in the clouds with sunrays coming through the breaks.  But as time progressed, the clouds thickened and we could tell that there would be no sunset.  We left the lighthouse and traveled to Bernard Harbor and photographed the lobster boats in the harbor and the scenics that were around us.  After it got dark went and had supper and then back to the hotel to rest, because tomorrow would be just as early. 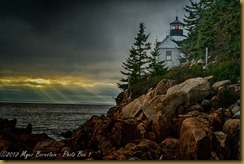 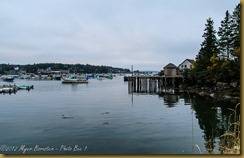 Saturday morning, we met at the same time, and this time I went to Monument Cove.  Guess what, it was still foggy and the distant cliffs were hidden.  There were a number of close scenics to be obtained and I did get the Spire at Monument Cove. 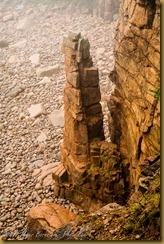 Again brunch that question-and-answer session at critiques and in the afternoon a trip to Jordan pond.  The weather was still extremely overcast with fog and it was hard to get any decent vistas.  It didn’t mean that there weren’t any photographs to take, just you couldn’t show the entire grandeur of the Lake.  We ate supper at the Jordan Pond House, where we enjoyed the nice world-famous hot popovers with butter and jelly along with the rest of our meal. 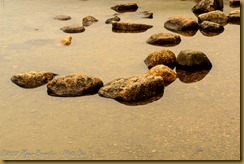 Sunday morning, the stars and moon were out and I travel down with my group to Dorr Point, where were able to photograph, finally, a sunrise.  I was even able to photograph.  One of the cruise ships arriving in the early morning light. 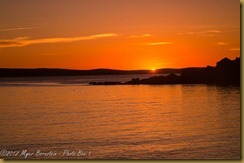 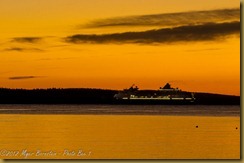 Finished off the weekend with a luncheon and the gathering of all my new friends and hoping to see them in the future.
Acadia is a wonderful place to visit, no matter what the season, and no matter what the weather.  There is always something to do and photograph.  So come visit Acadia In Down East Maine

This site uses Akismet to reduce spam. Learn how your comment data is processed.